The following history of Beam-Echo is based upon an article written by Tony Holmes formerly of "The Juke Joint".

One of the features that distinguishes a British BAL-AMi jukebox from its American AMi counterpart, is the type of amplifier that's fitted. In the case of BAL-AMi, these are Beam-Echo amps.

Beam-Echo began in 1953 when a chap called Henry Rahmer (pictured below) saw an opportunity to buy a run down cine projector manufacturing company called Danson. Rahmer decided that he could build the cine projectors, so he bought the company from the official receivers. He persuaded a friend, a Mr Philip Hounsfield, to give him some space in his factory so he could make a start. 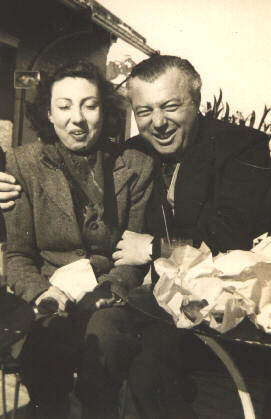 Hounsfield ran a company in Witham, Essex called Parion Products that built caravans from a factory on Witham High St. They had just marketed a very successful product in the form of a fold up camp bed called the Hounsfield Safari and thus had capital available for new ideas. A deal was done on the basis of working space in exchange for shares in the new company and this was how Beam-Echo began. The name, incidentally, is derived from cinema jargon. The beam represents the light source and the echo is a reference to the cinema sound track. Soon after setting up manufacturing the projectors, Rahmer got the contract to make the amplifiers for the newly operating BAL-AMi company. Soon most cafes would have a BAL-AMi jukebox playing rock and roll via a Beam-Echo amplifier

By the mid fifties they were selling thousands of units so they decided to branch out into the blossoming Hi-Fi business, at that time dominated by names such as Leak Radford, Quad Pye etc. Beam-Echo took on a new designer, Gordon Lawson, who had a good background in amplifier design. The company developed a new range of products which they sold under the brand name Avantic. They later introduced loudspeaker enclosures, a radio tuner, and several other items of Hi-Fi related equipment. So Beam-Echo became established in the UK Hi-Fi market, with an enviable reputation for quality.

The first amplifier to be sold was the 20W monoblock DL7-35, with a matching mono pre-amp. These two units sold for £55. The interesting thing about the DL7-35 is that the design is identical to the Mullard 5-20 amplifier of the time. This was noted by Mike Hall, a visitor to this web site. Mike says: "Being interested in hi-fi and electronics generally, which became my profession, I possessed a copy of Mullard’s “Circuits for Audio Amplifiers” published in 1959 (indeed who didn’t possess it?) which clearly they produced in order to assist with valve sales. Whatever, I remember being astonished to discover that the DL7-35 circuit design was, resistor for resistor and capacitor for capacitor, identical to that of Mullard’s 20W amplifier, also called the ‘5-20’, which is among those described in their book."

Beam-Echo at that time must have been doing well internationally as the company had its own showroom and sales office in the USA at 820 Greenwich Street, New York City.

All Beam -Echo products were well made, stylish, and many are now highly collectable among audio enthusiasts.

In the early sixties the company came to the attention of the growing electronics giant, Thorn Electrical Industries, and they subsequently acquired Beam-Echo in order to get hold of the trade name Glyndbourne, which was part of the company. Thorn then closed down the Beam-Echo plant in the early sixties, possibly as early as 1961.

Some thirty plus years later, in 1994, a man called Stuart Perry discovered a pair of old Avantic amplifiers that had been thrown out for scrap. He restored them and immediately fell in love with their superb quality sound. 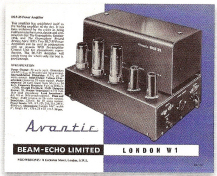 More than 50 years on from the original start of Beam-Echo, Stuart designed a new range of products, together with products based on original designs offering long lasting products for musical pleasure - just like those BAL-AMi jukeboxes that just keep on rockin' ! 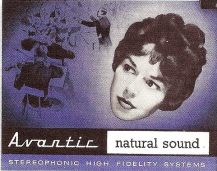 A new version of the DL7-35 was launched at the Hi-Fi Show at the Ramada Hotel Heathrow, London. The price for a pair of these monoblock amps was £2,850. Hi-Fi News magazine called it a 'classic in every sense of the word'.

Unfortunately, Stuart's Beam-Echo adventure didn't survive and in 1998 the Beam-Echo name was once again consigned to amplifier history. 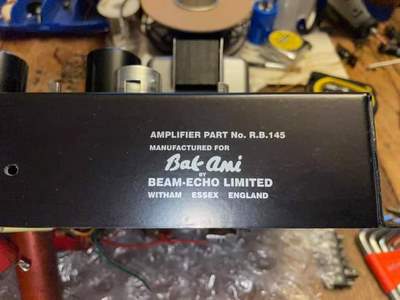 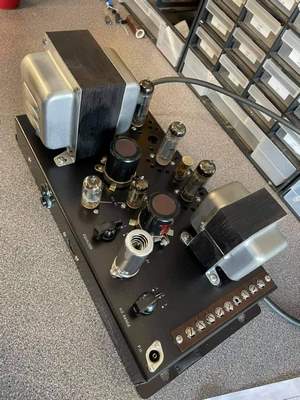 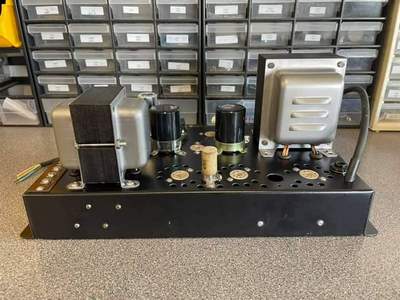 Below are some photos of a rare Danson projector with a Beam-Echo sound system: 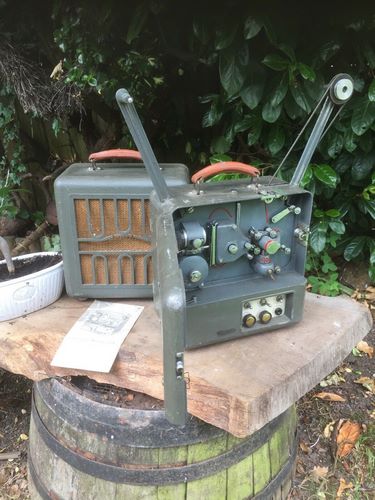 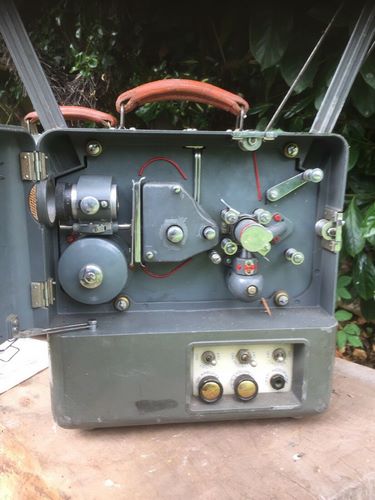 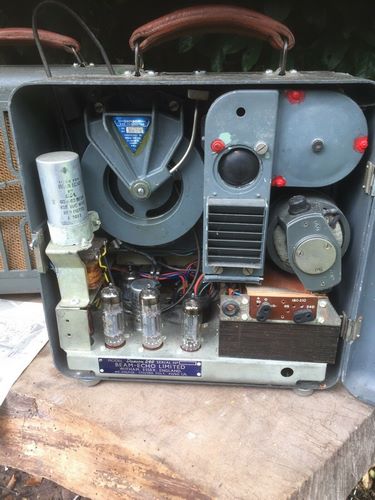 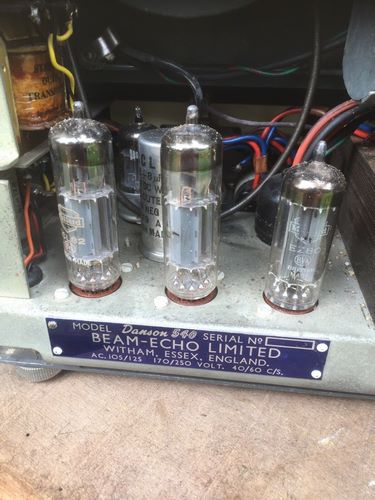 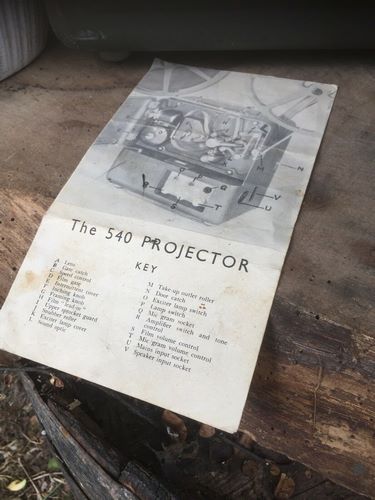 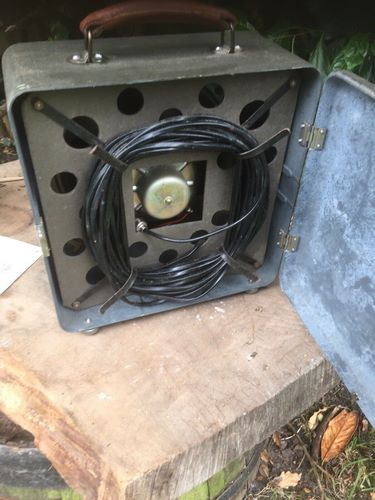