Odd Items which don't fit anywhere else on this web site !

Jason Miller of Morpeth in Northumberland sent me these terrific photos of his father and uncles running their jukebox hire business in the 1950s/60s.

They started their business by buying a café in Whitley Bay from an Italian who was interned in the second World War. They eventually turned it into an amusement arcade and got into the jukebox hire business.

The business was a big success as the country went jukebox crazy. Some sites were worth fortunes and competition got fierce, often with trouble and brute force being used by some operators to muscle others out of the best sites. 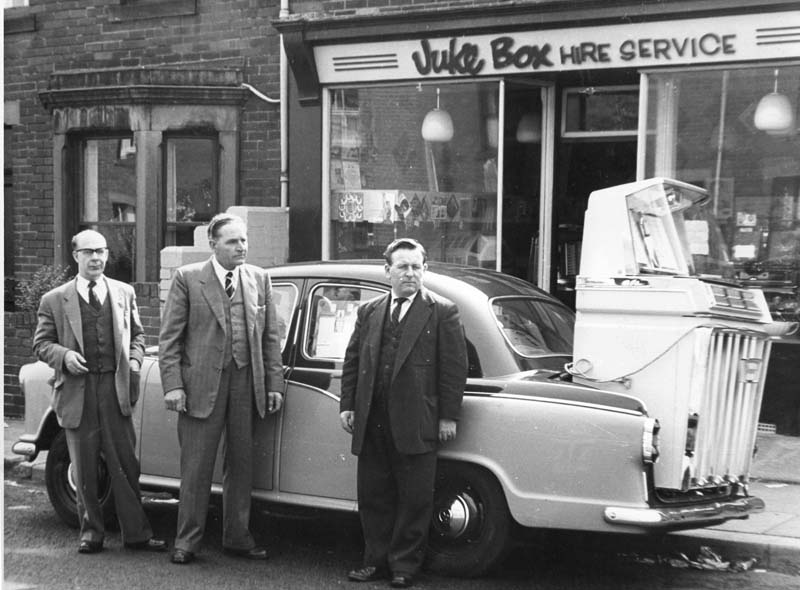 Above: George Miller on far left, and Bobby Mason on the right, with an AMi J safely strapped to the back of the custom-built transportation ! 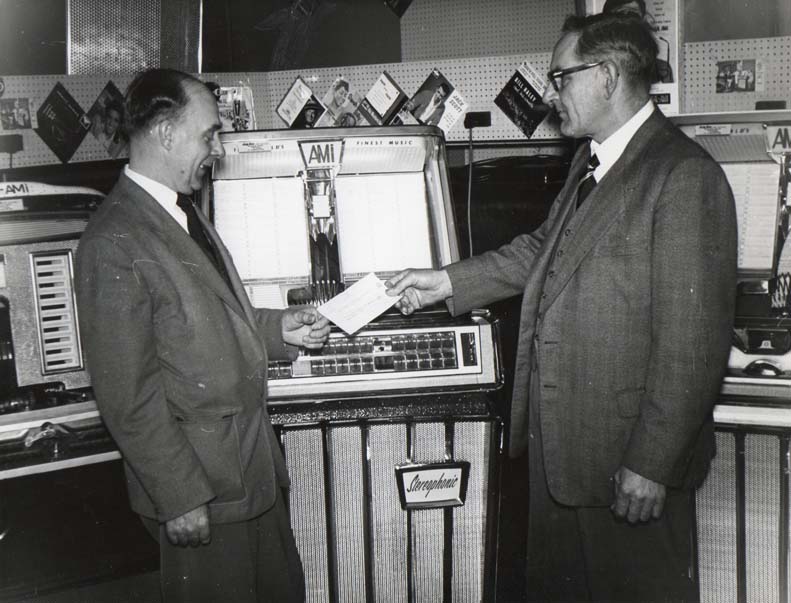 The deal for the AMi J is done, and there's a BAL-AMi Super 40 on the left. 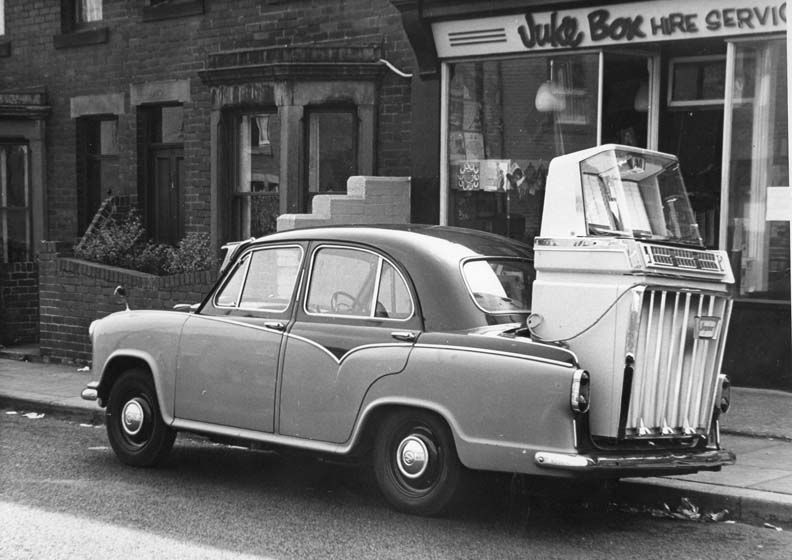 Next up, an out of place BAL-AMi... Neil Priddey is writing a book on rare Led Zeppelin records and brought the album cover for "In Through The Out Door" to my attention. As can be seen, they have attempted to recreate a very typical American bar scene with a very British (and not sold in the US) jukebox !! 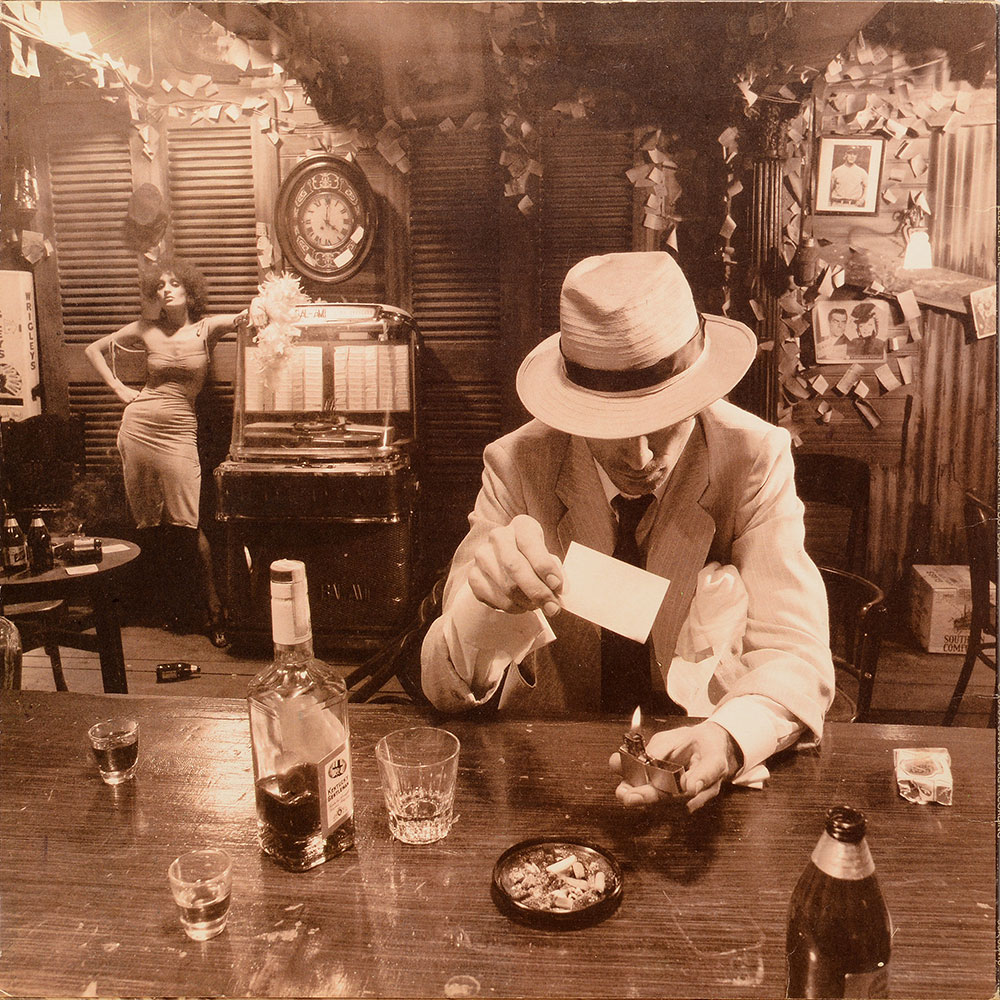