Here's some of the bits hidden from view inside an I200M. 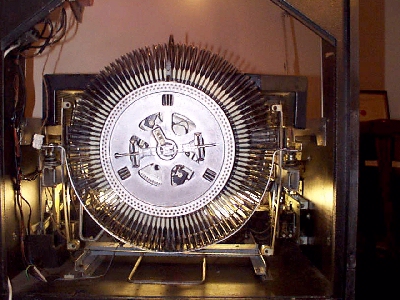 This is a rear view which shows where all the records are stored when not being played. Each has its own slot. You'd expect the records to fall out when they reach the upside down stage as the carousel turns, but there's a rubber belt stretched around the lower half of the carousel which holds 'em all in! Clever eh?

Then there's the amp. This is the thing that sits between the stylus/cartridge on the record and the loudspeakers. This is a Beam-Echo amp as fitted to British machines. Haven't a clue how these things work, but they sound great. 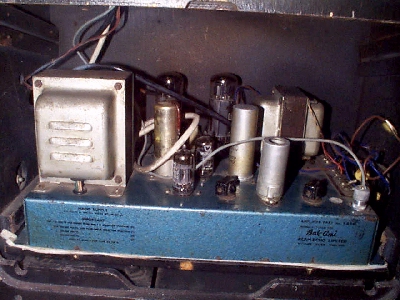 This next shot shows some capacitors which I'm reliably informed are some sort of crossover switches which split the upper and lower frequency sounds to the relevant loudspeakers. These sit between the amp and the loudspeakers. 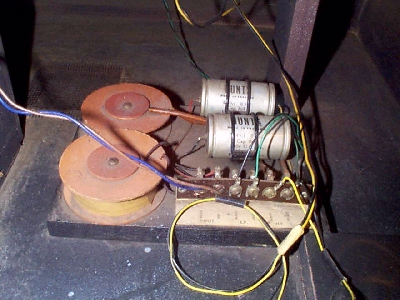 Lastly, we have the two loudspeakers. 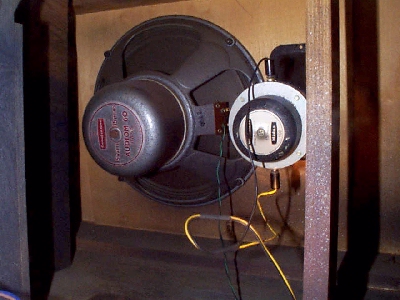